The DSHA2-256 - a universal solution which accelerates SHA2-256 hash with HMAC mode.

DSHA2-256 bridge to APB, AHB, AXI bus, it is a universal solution which efficiently accelerates SHA2-256 hash function compliant with FIPS PUB 180-4. It computes message digest in either 256 or 224 bit modes. Allowed input message length is up to 264 – 1 bit. Depending on the core configuration it also natively supports the SHA2-256 HMAC (Keyed-Hash Message Authentication Code), a cryptographic function defined in RFC 2104. This IP is suitable for authenticity and data integrity verification in digital signature protocols and generally in secure communication. It might also be used in accelerating of cryptocurrency computations. What is more, it offers a context swapping feature, which might be used in complex systems with a task’s preemption mechanism. Its other application can be software managed or custom HMAC scheme. SHA2 is a family of cryptography secure one-way compression functions based on Merkle-Damgard structure, the 256 version sequentially processes 512-bit input blocks during 64 rounds. From arbitrary length input message (maximum 264 – 1 bits) it produces fixed 256 or 224-bit length digest in a way, that it is practically infeasible to invert it (get an original message from its digest). Such property is called a one-way function.  Cryptographic security of SHA2-256 is assumed at 128-bit level (112 bit in case of SHA2-224) which makes it appropriate for use in security applications. Some of these applications need to prove knowledge or possession of some secret data while computing message digest. For such authentication purpose, the HMAC function has been designed. It combines both secret key and cryptography secure hash function (like SHA2-256). 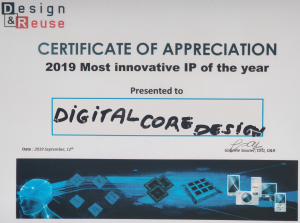 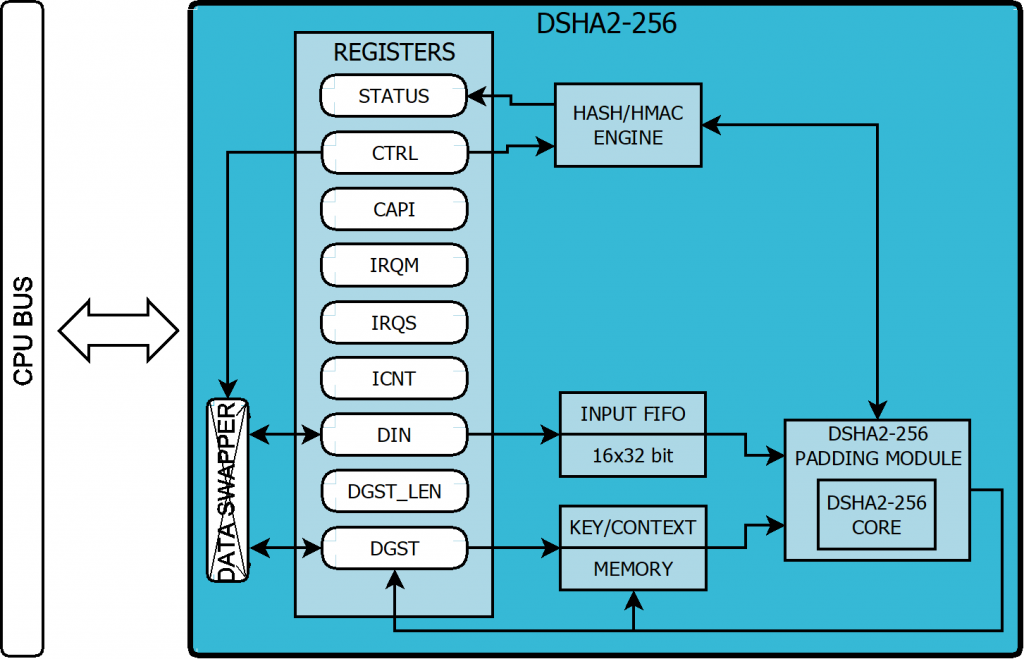